Design As A Large Ring’s website is inscribed in the manifestation of the XXII Triennale Milano, under the theme of Broken Nature. The Triennale’s main exhibition is directed by Paola Antonelli, senior curator of the MoMA and director of its R & D accompanied by Ala Tannir, Laura Maeran, Azzura Muzzonigro, and Erica Petrillo. The French section, entitled From thought to visible. Design As A Large Ring, is among 25 national pavilions.

“Nature” and “environment” are not superficial words, but for us today they designate entities which are largely artificial. “Man”, seeking to become the master and possessor of nature (Descartes, Discourse on Method, 1637), has stamped his imprint, everywhere. Everyone has participated in this activity, from philosophers to lawyers, politicians to technocrats, peasants to farmers, architects to artists or designers, whether children of the industrial revolution or of modern culture. Claude Lévi-Strauss or Georges Bataille to Philippe Descola or Bruno Latour have observed that Nature is a concept gone bankrupt, that the “science of the concrete” (Lévi-Strauss, The Savage Mind, 1962) is perhaps more important. The exposed projects along with the posts gathered and aggregated on this website uphold this character and position.

Here the designer is an inventor or an innovator, reflecting towards an economic reversal. Industry is to be made obsolete, decreased production is the path to be followed; new processes for transforming matter are to be invented and perfected: new political economies form part of each one of these approaches whom are to be thought/imagined / invented. Here designers take on the role of an information provider. Designers of this kind initiate projects understood as the organisation and formalisation of data: they become translators. Like anthropologists, they go from the field to the laboratory bench, the studio or the computer desk to develop forms of narrative, descriptive and editorialised communication.

All these projects involve changes of place: from fieldwork to conceptualization, scientific facts to their representation and actualisation, metropolitan France to Réunion, France to Asia and South America, from the survey to the computer … They confirm the identity of designers, architects and urban planners today: to observe, to bear witness, to transform. They observe the heterogeneity of situations, for no place is like any other, but each place teaches something which will be carried forward.

There are noisy ways to do this.

There are inefficient ways to impose it.

There are experimental ways to attempt it…

There are digital means to gather them, this being the role of this website during the XXII Triennale Milano.

Nature and plants: On design & systems, from history to experimentation… 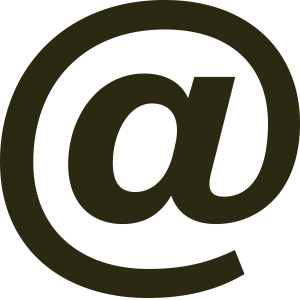 Design as a Large Ring

Design as a Large Ring